ESPN’s Malika Andrews reports from the sideline during the 2021-22 regular season.

In the midst of ESPN’s Malika Andrews covering a men’s soccer game for The Beacon — her school newspaper at the University of Portland — the unexpected happened. One of the players crashed into a cement wall stationed about 3 feet away from the field. He hit his head and lay stretched out on the ground for several minutes until an ambulance arrived.

The player recovered, but the injury was serious.

Andrews filed a story on it after the game, but her editor proposed she follow up with the school’s athletic department about the cement wall. A deeper report began brewing.

“I marched into the athletic offices trying to channel my inner Christiane Amanpour,” Andrews said. “I remember sitting down with the athletic trainer, asking him whether or not he had any concerns about that wall. He said he recommended to the university years ago that they do something because it was only a matter of time before somebody got hurt.”

Andrews reported the story, and within days the university padded the cement wall.

She realized her words enacted real change. That was the moment she fell in love with reporting.

“Even if it was something as seemingly silly and innocuous as adding five inches of Styrofoam to a wall … to see that change that I put my fingers on. To me that was everything,” Andrews said. 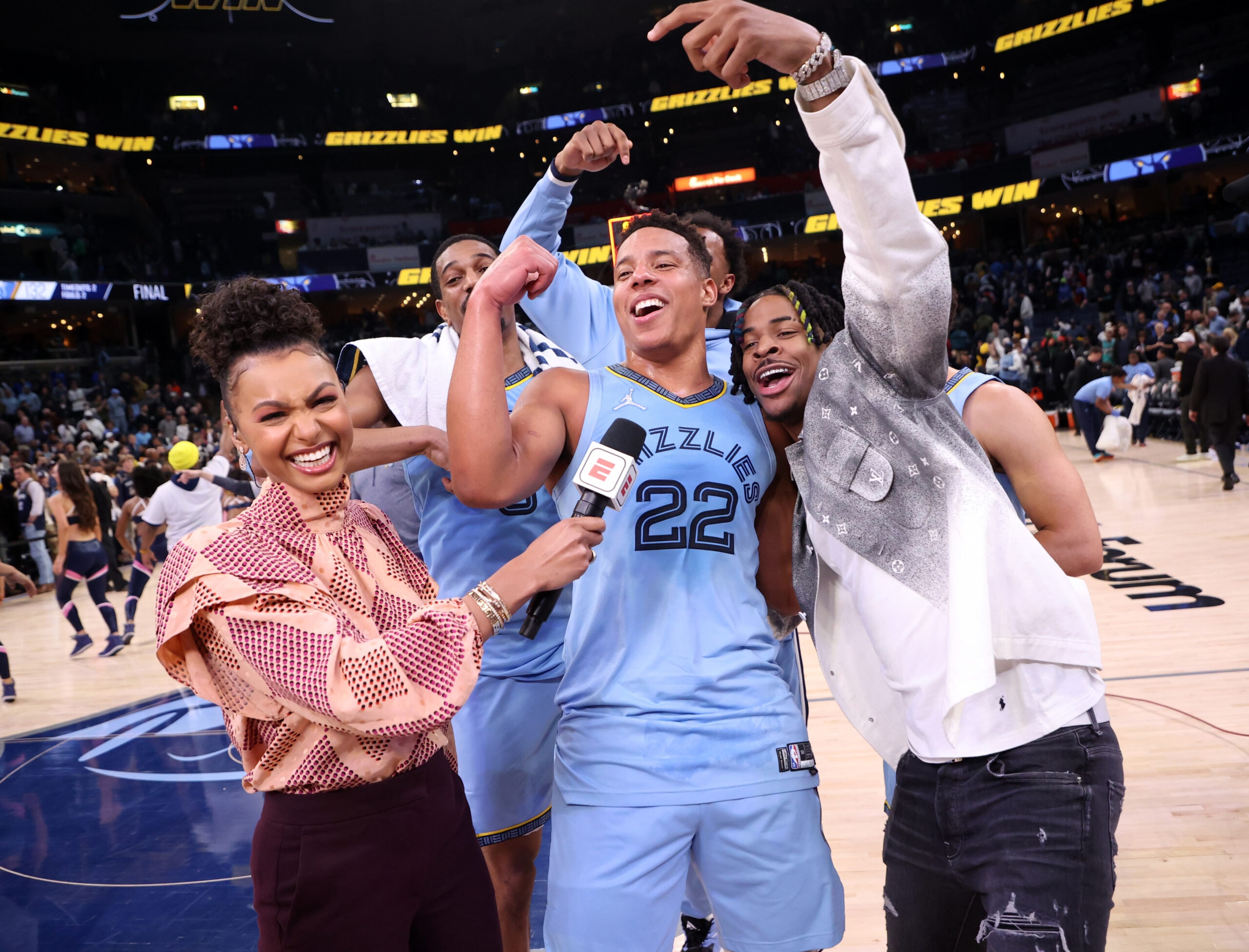 Malika Andrews does a postgame interview as the Memphis Grizzlies celebrate a win.

Flash forward to today and Andrews is one of the most prominent figures in sports television. She predominantly works as an NBA reporter and host of ESPN’s weekday NBA studio show,”NBA Today,Covering the league on a national level. Her work has appeared across multiple ESPN platforms including ESPN.com, “SportsCenter” and ESPN Radio.

Andrews’ journey to becoming an ESPN sportscaster started with an evident passion for journalism. While growing up in Oakland as a fan of the Golden State Warriors, Andrews tried all sports from volleyball to basketball and even horseback riding. She loved sports and the purpose they served in her life as a means of health and wellness. But in terms of her career, it wasn’t a love of sports that got her where she is today. It was a love of reporting.

“For a lot of people in this industry, their ‘why’ or their purpose is sports. For me, the ‘why’ is journalism. It started at my school paper, and every subsequent opportunity that I had, the stars aligned for it to be in TV and in sports,” Andrews said.

Andrews didn’t major in journalism in college. She jokes she majored in her school newspaper. At The Beacon, she started as a sports reporter making $150 a semester for four articles a week before eventually becoming the editor-in-chief. She freelanced for any outlet that would hire her — the first being The Associated Press.

“The Associated Press ran in so many different newspapers around Oregon,” Andrews added. “I used to go around the different cities and collect the clips of my articles.”

After matriculating through school, Andrews earned a fellowship with The New York Times in the sports department. She was hired by The Chicago Tribune as a beat reporter. Her passion for writing helped her stand out throughout the job-hunting process.

“I was a writer. I am a writer. I tell everyone who asks me about this industry, that writing is something that will always serve and differentiate you,” Andrews said. “My start was writing. My start was newspapers. Then I was eventually hired by ESPN.” 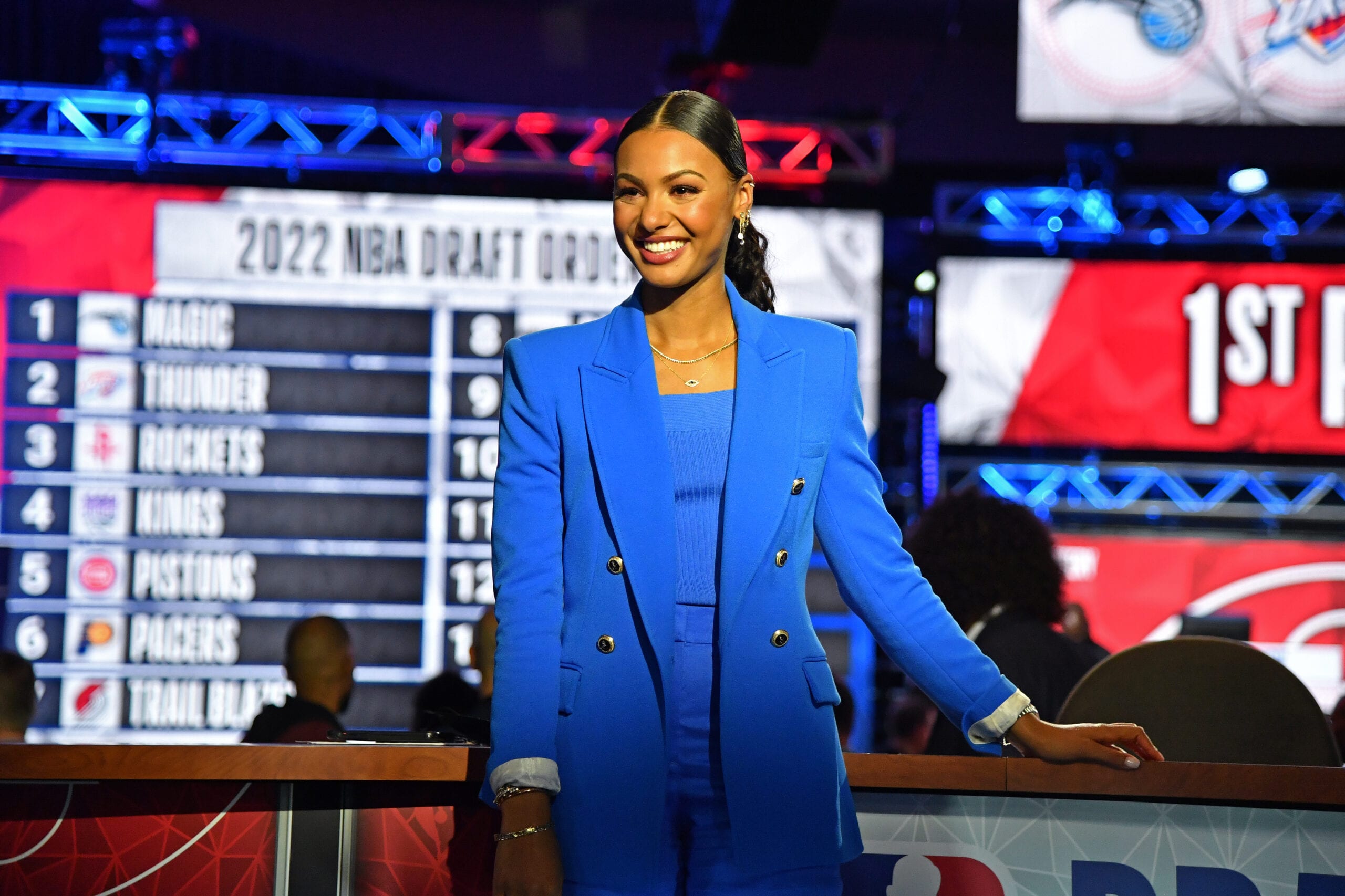 Just last month, Andrews won an Emmy as an Outstanding Personality/Emerging On-Air Talent for ESPN. Her jaw dropped the moment her name was called.

“I was so surprised,” Andrews said. “I’m a worrier. I’ve been nominated before, and I felt very good about the work that I’ve put in over the last few years. You don’t do this work for the awards, but to be recognized amongst your peers is really cool.”

Experiencing significant career success at the age of 27 doesn’t faze Andrews, but she says the most difficult part is making all her mistakes out loud.

“When folks in other jobs or businesses make mistakes, their boss shuffles them into a private office and they have that private conversation. But when I make a mistake on TV because I’m human — I’m not talking catastrophic mistakes, just little flubs — that is something for what feels like the entire world to point to and use shame to my credibility in a larger way,” Andrews said.

In those moments, Andrews reflects on how the difficulties she has in the day-to-day of her job are ones others would take in a heartbeat. She subscribes to the “I get to” mantra instead of “I have to.” 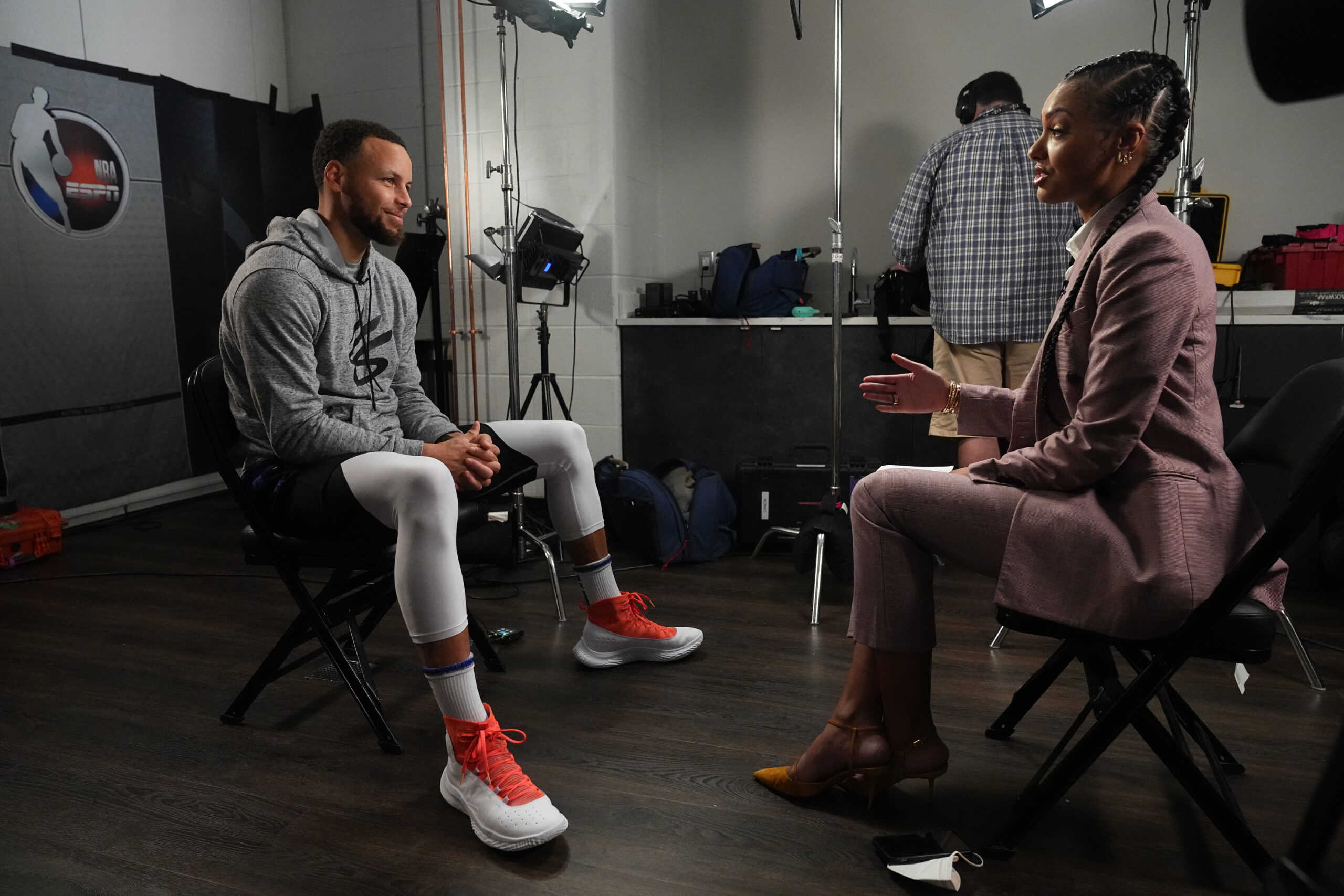 Like ESPN’s Cassidy Hubbarth and Doris Burke, Andrews also experiences imposter syndrome — a term loosely defined as doubting one’s capabilities or feeling fraudulent in one’s role. She hasn’t yet figured out how to combat this feeling, but arming herself with information helps her in a space where it feels like “there is always something to prove.”

“For me, it’s walking into a space feeling like I need to show that I belong here, because I’m always afraid something is going to be yanked out from under me in an industry like this,” Andrews said. Even if you have a private worry, instead of being guarded and holding on too tight to something that you have, you should be willing to make room for other people. Doris and Cassidy embody this better than almost anyone.” 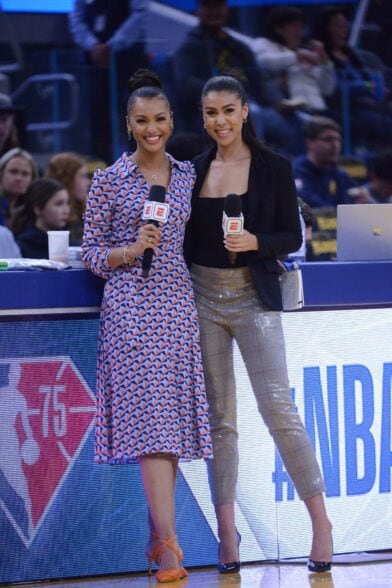 (From left to right) Malika Andrews poses with her sister and fellow ESPN reporter, Kendra Andrews.

Having a “sorority of women” at ESPN and supporters within the broader NBA community helps Andrews in dealing with the criticism she faces.

“I think there’s always going to be folks who say, ‘You are only here because.’ It’s hurtful sometimes, and you have to really be intentional about tuning it out. I hope just like it was easier for me, because of those who came before me, that it will be easier for those who come after,” Andrews said.

Her ESPN colleague Kendrick Perkins makes sure to remind Andrews: “You’re not big-time till you’re hated.”

Andrews has the unique situation of having a sister in the same industry. Kendra Andrews is an NBA reporter for ESPN primarily covering the Warriors. The siblings talk all the time and support each other through the ups and downs. They even joke with each other on-air:

On top of being her big sister, Kendra views Malika as a role-model.

“Malika is one of the hardest workers I know, and she’s set out such a great example for me, and other young women or young people of color, to follow,” said Kendra Andrews. “She really understands all of the nuances of this business, and carries herself in a way that has earned her nothing but respect from the top people in this industry. It’s a blueprint I try to follow every day.”

“I think there’s something to be said about both being in the same boat. You can think you know how this job works, but you don’t until you get it. If she goes through something, I’m able to say I went through that three years ago. I think that’s really helpful,” Malika Andrews said. 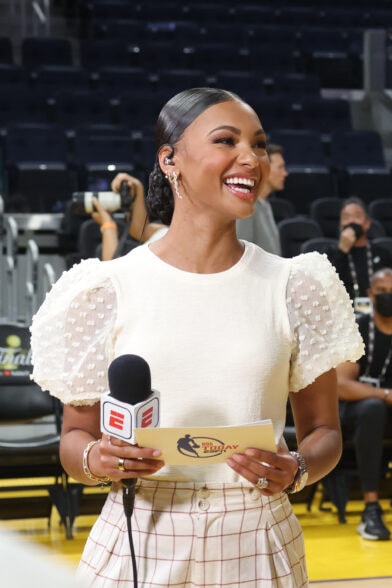 From starting out as a sports reporter at her university’s small newspaper to become a sportscaster for ESPN, Andrews illustrates that through passion, preparation and hard work, anyone can achieve their dreams. For those looking to follow in her footsteps, she offers this advice:

For this series, Julia Adams spoke to women from various positions around the league – from play-by-play broadcasters, to analysts, to producers – in order to capture how the NBA is supporting women to enter roles on a league-wide basis.

Iconic One Theme | Powered by Wordpress